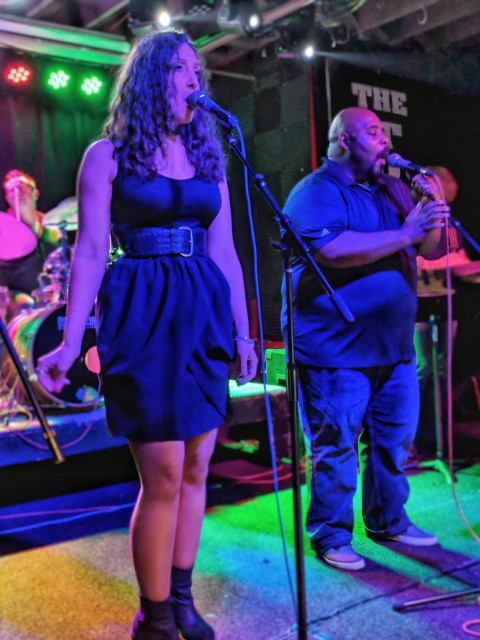 Zelina Star Norma is a dynamic vocalist who is driven by her love of creativity and expression. Her sound is one of a kind; often described as unequivocally unique, soulful, and stylish. Always genre-crossing, she loves to mix up old and new, R&B, pop, jazz, and even some rock in her sets.

A native of Illinois and currently residing in St. Louis, Mo., Zelina has had the pleasure of performing with numerous musicians and bands and on many stages in the area. Some of her favorite features have been with Sean Cannon's Voodoo Players, Dave Grelle's The Playadors and the Eric Slaughter Trio.

The Sheldon, Atomic Cowboy, Jazz at the Bistro, Broadway Oyster Bar are Beale on Broadway are a few of the stages that have graced her presence. She can also regularly be seen singing with Push the Limit, a top 40 band that she has been with for years now and would call family.

While Zelina loves playing with a full band, she is also right at home with just her voice and a keyboard or guitar accompaniment. She has spent many years playing duo shows, which she enjoys because it gives her a chance to try new songs and styles in laid back environments.

Her career has taken some twists and turns as she originally studied musical theatre at The Chicago College of the Performing Arts and then decided to study Jazz vocal performance at SIUE, where she broke her jaw in her second semester and had to reteach herself how to use her jaw and sing.

Zelina is very excited to be fronting her own band again where she will continue to genre mix and bring the vibe. She is currently working on building her presence, recording, and booking shows!